The Catholic Study Bible App Ignatius-Augustine Edition (formerly Lighthouse Catholic Media Bible) is one more dedicated Roman-Catholic app, focusing on both audio and written content. The free version comes with the RSV for offline use, and, as a special highlight, a 22 hour audio drama of the entire New Testament.

The app is mainly focused on content, and comes with the option to download loads of audio and text commentaries both for free, as well as paid purchases. Purchases can be made through the Lighthouse Catholic Media Store. The publisher is associated with the Augustine Institute, and the most prominent contributor is Dr Scott Hahn, who has recorded hours and hours of audio commentary for the app.

All included works are studded with hyperlinks, many of which lead to paid resources. Therefore, as with all freemium products, the app increases in usability when you decide to invest money.

Of all Bible apps that we have tested, this one is the only one that runs on Fire TV as well. 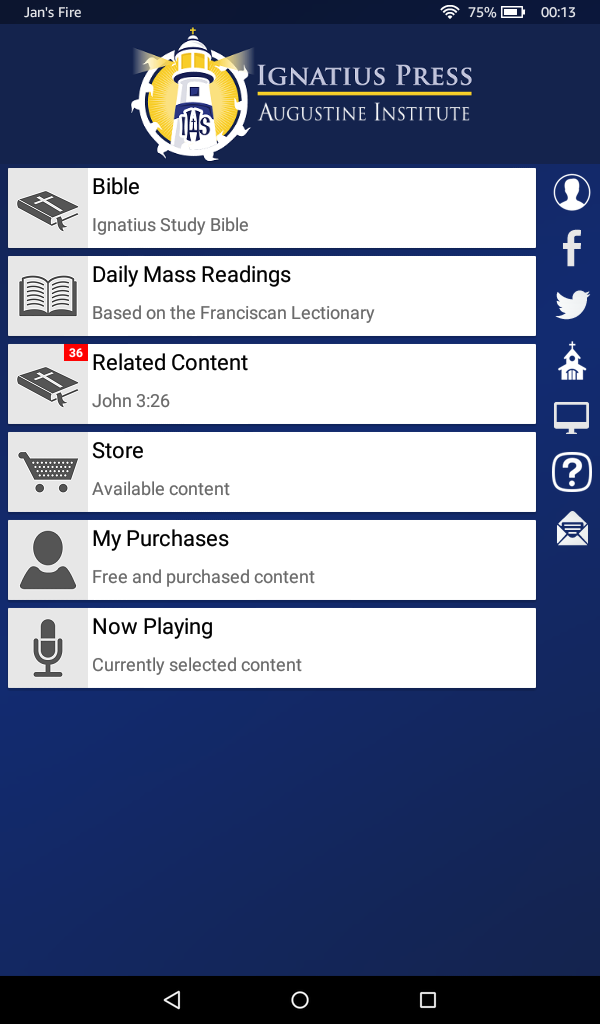 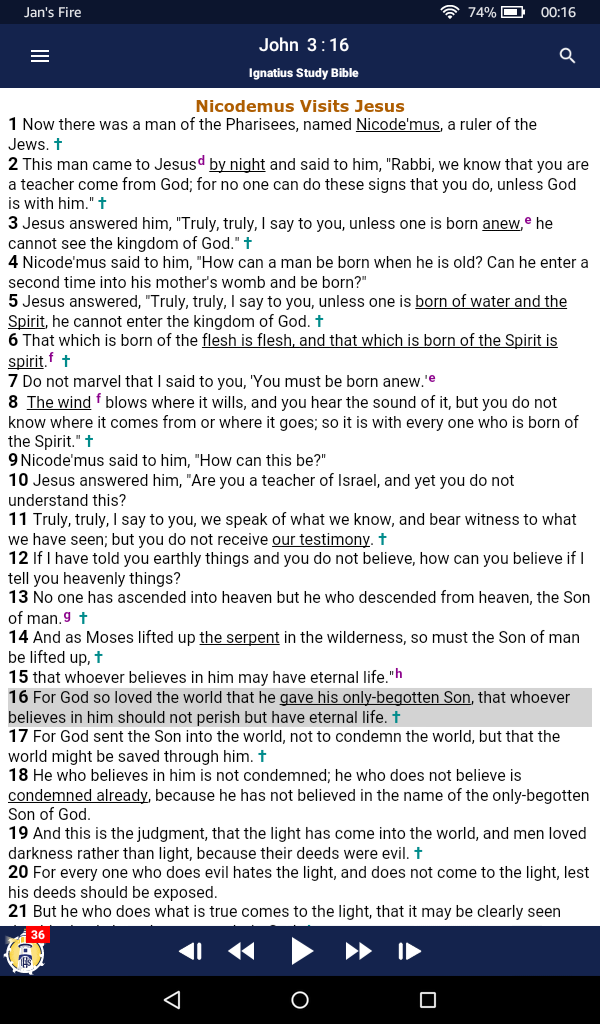 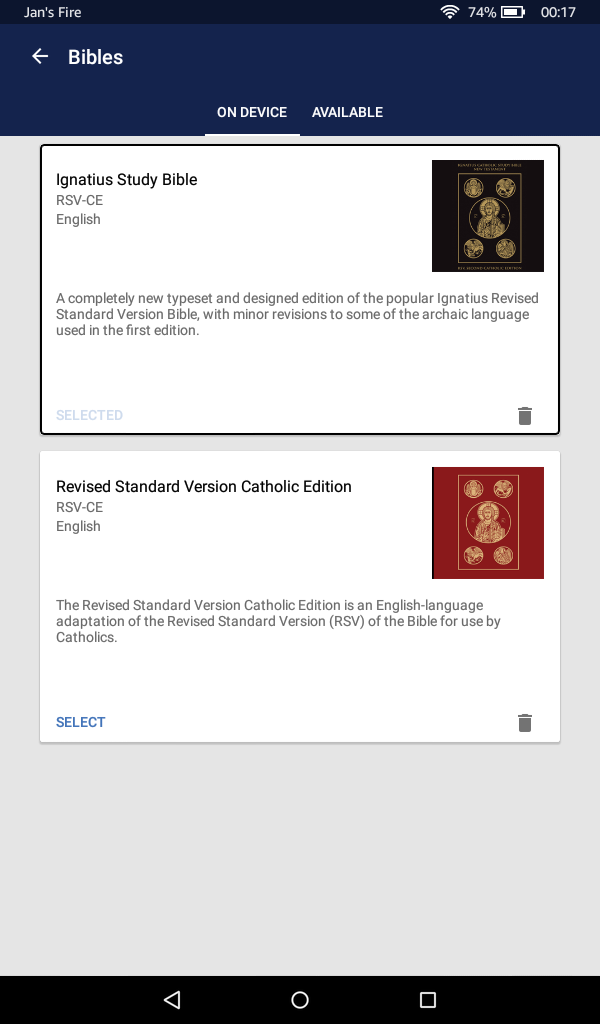